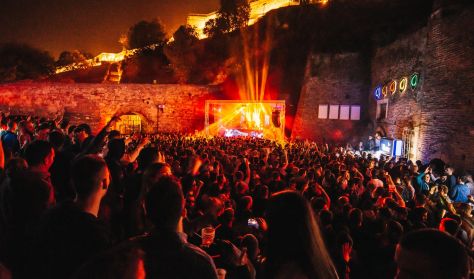 <p>Barutana is a unique historical warehouse built in the 17th century at the medieval castle of Kalemegdan. Its original purpose was to store significant amounts&nbsp;of gunpowder that was used to defend Kalemegdan in various historical clashes. Since 1995, this breathtaking arena became a regional cult event place that hosted a raft of domestic and international artists, but in 2003 it has been closed. After 11 years, Barutana is rising again to carry on with its cultural explosion.</p> <p><em>source: facebook.com/barutanabeograd/</em></p>